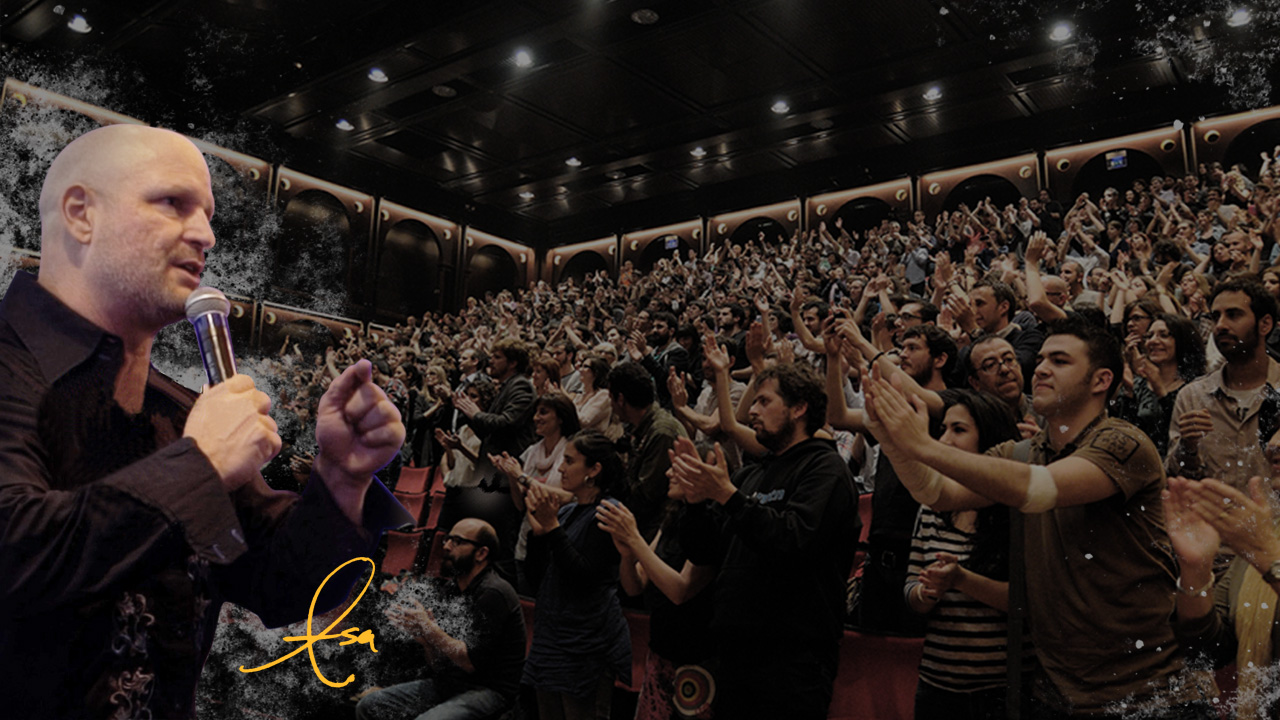 Known as America’s Health Coach MD, Dr. Asa Andrew is host of one of the fastest growing radio and television programs in North America designed to transform your health and your life, and #1 international best selling author of Empowering Your Health. As an entrepreneur, health and lifestyle strategist, and the nation’s leading voice for healthy living, Dr. Asa is a popular contributor to NBC, ABC, CBS, CNN, and FOX appearing regularly on many shows including Good Morning America.

Dr. Asa is an entrepreneur and teacher at heart.

As a professional athlete himself, Dr. Asa has been a long-time student of longevity, age management, and peak performance living. He is a health coach strategist to many professional athletes, celebrities, and business leaders, and is an internationally sought after speaker for many Fortune 500 Companies with his engaging message of transformation for any company or individual. In addition to his media companies, he has founded Diagnosis HOPE, a non-profit organization that encourages lifestyle, health, and wellness education to individuals and communities dedicated to diagnosing hope one person at a time.

After creating the #1 syndicated health talk radio show and the second highest rated daily syndicated health television talk show, Dr. Asa created the worlds #1 health media network comprising podcasts, radio shows, television shows, docu-series, and health content from leading influencers on health and wellness called believe. Believe: The Dr. Asa Network, is found on most streaming devices like Roku, Amazon Fire TV, Apple TV, Android TV, Clix TV, and more. With an audience now in over 500 US markets reaching over 300 million millions in social media impressions, Believe Health is where you will find the world’s largest health media platform to give you the most relevant health and lifestyle information to love your best life and become who you were designed to be.

Doctor Asa has been honored by Talkers Magazine as one of the Top 40 radio talk show hosts in the country, and the only listed doctor in the entire line up of what has been known as a politically dominating industry. In his strong mission to help people create a better life by making better lifestyle choices, Dr. Asa was named as Honorary Chair to the American Diabetes Association for his outstanding work in providing support and solutions for one of the largest worldwide pandemic health challenges of our time.

Dr. Asa Andrew is the world’s leading 3-Time physician (MD,ND,DC), and is a graduate of Florida State University where he was a Strength and Conditioning Coach for the Division 1 National Championship Seminole Football Team under Head Coach Bobby Bowden. After graduating the nations top ranked University in behavioral psychology and biochemistry, he completed his medical degree (MD) including hospital training with various honors, serves as a Diplomat of the American Clinical Board of Nutrition (Board-Certified), holds two additional doctorates in complementary health care (ND, DC), and active professional member of the American College of Lifestyle Medicine.

Living out Mark 9:23 and always putting his Faith and family first, when Doctor Asa is not traveling speaking, in the studio, training companies and health care professionals, filming a new television series for his network, developing new businesses, or training his average 3x day workouts, you can bet that he is in his jacked up truck, on the water somewhere skiing or fishing, listening to his favorite Spotify playlist, or suplexing one of his co-athletes in a pro wrestling match.

Dr. Asa’s life started out with a miracle. Dr. Asa was initially set out to be aborted by his birth mother, but then it was decided for him to be given up for adoption. Asa was adopted at an early age by two amazing people while he was residing in an orphanage. Dr. Asa grew up in a very loving home with a typical stay-at-home Mom and a Dad that was a serial entrepreneur in the real estate business. Dr. Asa’s father and grandfather together created a multi-million dollar real estate and construction company that built 90 percent of the homes in his hometown. Growing up watching this amazing work ethic in his father and loving stability of his mother shaped much of who he is today.

Dr. Asa was always an athlete growing up picking up any sport that he played almost immediately. He was an MVP on his high school football team and played basketball, baseball, wrestled, and was the state water-ski champion in both jump and slalom. If it was a sport on the water, Dr. Asa was doing it.

In college at Florida State University he was an All-American competitive cheerleader for the Seminoles, and due to his prowess in the weight room, went on to be the assistant Strength and Conditioning Coach for the 1993 National Championship FSU Football Team under head coach Bobby Bowden. With a passion for peak performance and healthy living, Dr. Asa graduated with degrees in Psychology and Chemistry and went on to obtain one of his 3 doctorate degrees.

While in his first doctorate degree, he also joined a global motivational group called The Power Team who traveled extensively motivating and inspiring people of all ages to live better lives, increase their faith, and become the best version of themselves. During this time, Dr. Asa traveled speaking before 50 million people globally in over seven countries and almost every state in America on the road 300 plus days a year. It was during this time that Dr. Asa realized his natural gift was speaking and communication. He realized he had the gift of influence.

After completing his first doctorate, Dr. Asa was asked to look into the world of professional wrestling. At the time, both WCW (World Championship Wrestling) and WWE (World Wrestling Entertainment) were dominating cable television. Dr. Asa tried out for the WCW training center called the Power Plant and won a contract. Then Vince McMahon bought WCW and the opportunity had passed. To continue his training, he went on to be trained by WWE Legend and Hall of Famer The American Dream Dusty Rhodes, met through his close friends of WWE Legend and Hall of Famer Million Dollar Man Ted Dibiase, and Russian Nightmare Nikita Koloff. He then went on to a new company called Impact Wrestling that his childhood friend WWE Hall of Famer Jeff Jarrett had started.

Sometime later, Dr. Asa’s Dad was battling cancer and Dr. Asa left to be with his family. During that time he met Radio Talk Show Hall of Famer Icon Dave Ramsey. It was then that Dave and his team helped launch The Dr. Asa Show which started out as a one-hour local show and quickly grew into the largest 3-hour syndicated health talk radio in the world.