What Pastors Are Saying

A Message From Dr. Asa To The Church

Our Church Live Events is founded by America’s Health Coach, Dr. Asa, who is a #1 international best-selling author and host of one of the fastest growing radio, television, and streaming programs in America. He is a health, fitness, and lifestyle contributor to NBC, CBS, FOX, CNN, and ABC, has appeared on shows such as Good Morning America and The 700 Club, and is a regular host for Praise on TBN. As an entrepreneur, international expert, teaching physician, and master communicator in the field of nutrition, lifestyle medicine, and wellness, he is a highly sought after speaker for his entertaining message of Hope to audiences around the globe. In addition to his media companies, Dr. Asa has founded The Asa Rx Foundation, a Christ-centered ministry, which educates and inspires transformation with lifestyle choices delivered in the 3 key areas of Faith, Hope, and Love.

A former strength and conditioning coach for the National Championship Florida State University Seminole Football Program, Dr. Asa was a member of The Power Team evangelistic ministry for close to eight years. Communicating the Gospel 250 plus days per year, in 10 countries, he saw countless millions of lives come to have a personal relationship with Jesus Christ. It was through this experience that he developed a struggle with his personal health. Being one of the smallest members of the Power Team, Dr. Asa had a choice to either go against his message to young people by gaining weight with the use of chemicals, or find another way. He began to eat a massive amount of calories to gain almost ninety pounds putting him at close to 300 lbs. At this weight he noticed that his body began to break down physically. Bouts of night sweats, lightheadedness on stage, and constant fatigue led him to visit a physician. He was developing a condition called pre-diabetes. Heading toward a serious health challenge, he was forced to make a decision. Take medication, or take responsibility. Dr. Asa leaned on his education as a physician to make radical changes in his lifestyle that would ultimately get his health back. He lost over 50 pounds in a short time, eliminated the pre-diabetes, and was stronger and healthier than he had ever been. Soon after his own struggle, his father became diagnosed with terminal lung cancer. Watching his father lose the battle over eighteen grueling months, Dr. Asa launched on a crusade to empower others to thrive in their health understanding the basic principle that our Lifestyle is Medicine.

Out his years of experience, Dr. Asa developed a clinical-based educational platform that would help the average person be able to attain amazing health through creating a daily set of habits geared toward a better lifestyle. Through his years of research and clinical practice in health psychology, Dr. Asa developed a new program that has been turned into a small group curriculum named Healthy Lifestyle University. This is a simple tool to help the average person live in above-average health.

From speaking in the most prestigious ministries in the world to the red light district in the streets of India, Dr. Asa’s inspiring message remains the same. He is an evangelist at heart with a timeless word of Hope. His personal mission to empower others with the diagnosis of knowing the Great Physician has the prognosis that can transform their life.

Dr. Asa And The Worship Experience

First and foremost Dr. Asa is a preacher. That is his calling. With the heart of an evangelist, Dr. Asa will be proclaiming the Gospel message to your congregation during the worship experience. Many Pastors misunderstand to think Dr. Asa will be teaching on health during this time. After 30 years in ministry, Dr. Asa has always reserved the pulpit for the preaching and teaching of God’s Word. Therefore, as you host us in your pulpit on a given worship day, Dr. Asa will be carrying your mantle to preach the Gospel to your people.

OUR EVANGELISM – REACH YOUR POTENTIAL – (RYP)- THE CHURCH HEALTH SEMINAR

Many Pastors ask if Dr. Asa would be willing to somehow teach these health principles that he is known for globally to their congregation.

The answer is Yes!

We developed a church seminar called Reach Your Potential (RYP) designed to help your congregation learn the valuable principles to help them make successful healthy lifestyle choices for themselves and their family every day.

Many pastors will ask us to promote for the seminar during the worship experience time and then have the seminar on Sunday afternoon. The seminar usually lasts about 1.5-2 hours and Dr. Asa will do a special Q and A at the end. Some Pastors ask if we can come in on Saturday afternoon to do it as well. We find Sunday to be most effective, as they have already heard Dr. Asa speak that morning.

This is a great evangelistic tool for the church as Dr. Asa will encourage the congregation to bring their friends and loved ones who are struggling with their health challenges to come to church with them. Many are not saved and many are not church members. This is a great opportunity to help add to your church and disciple those in your community.

Please let us know how we can serve. We look forward to seeing you soon!

What Pastors And Leaders Are Saying:

Dr. Asa is a doctor but he's also a teacher. In my opinion, he is teaching a Common Sense approach to health that is critical to us living the healthy life we all deserve. 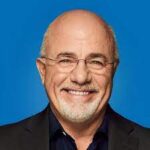 DAVE RAMSEY
New York Times best-selling author and nationally syndicated radio talk show host
The message and heart of Dr. Asa is to let others see the power of God bring healing to their lives. This is a true testament to the handiwork of a loving and compassionate God. 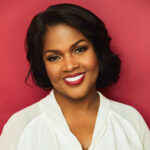 CECE WINANS
Award Winning Gospel Recording Artist
I believe in this man, Dr. Asa. He is called by God, by the power of the Holy Spirit, to deliver this message of health. 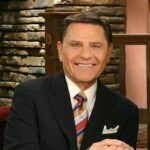 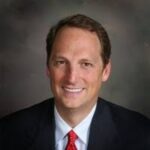 STU EPPERSON
Senior Executive Board Member, Salem Media Group
Dr. Asa is a gifted communicator and is a blessing to the body of Christ. His timely message of health will challenge and transform God’s people. I know what the intent of his heart is and what his message is all about.